Work round the clock 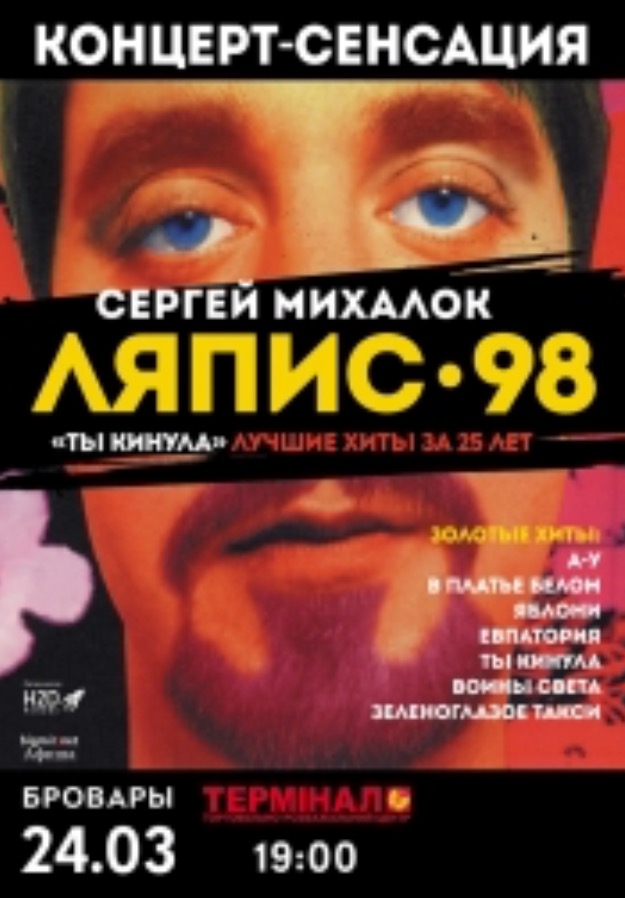 In Brovary Sergei Myhalok will perform with rock band « Lyapis -98»

« Lyapis -98»a group that is their own creative project Sergey Myhalko.  We know that the group "Lyapis Trubetskoy" officially ceased to exist in 2014.  The new formation was established only two years.  It included members of the group Brutto and musicians from the former "Lyapis". The first performances of the band  « Lyapis -98»  took place in April 2016. Musicians perform old hits "Lyapis Trubetskoy" of the 1990s and early 2000s. Sergei Myhalok said: "... I like that we legalize « Lyapis -98». "  I think he is ready to have fun and sing from the heart my "clown" repertoire.  I love (and I hope that I can) sing their songs. And do it all in their creative projects sincerely and from the heart! ".  Consequently, on March 24 "Lapis-98" will give a concert in Brovary's concert hall "Terminal".Concert will beginning at 19.00.  The concert - "gold" hits "A-in", "You threw" "warriors of light" and others.  Tickets already went on sale.  Tickets from 250 to 400 UAH.  After the concert you will be good nuzhen recreation, and better place To do this inn Veles.So, Book a room!